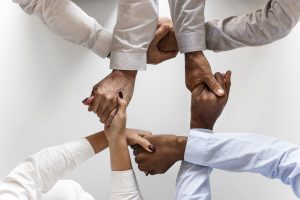 What truly is the meaning of the word “racist”?  Does criticizing–or simply disagreeing with–someone of a color or ethnic group different from one’s own–merit the charge of racism?  Or, do valid definitions of racism proceed from any aggrieved party’s perceptions at a given place and time?  Is it possible for someone other than a “white”[1] person to be guilty of racism?  Has racism been increasing in our time?  How can we know?  Is the “race card” a legitimate political weapon or social shield?  Does racism have an antidote?[2]

Not for a millisecond could we rationally deny that countless hosts of people from all over the world have been severely mistreated and disadvantaged because of persecution and neglect by persons considering themselves both different and superior.  And, history clearly teaches that some identifiable groups have suffered far more and far more frequently than others.  Furthermore, human beings are innately selfish and self-seeking[3] and whenever there’s an apparent advantage to be had, people naturally take the bait.

And it is bait, of course, because it is a trap.  Every diminishment of others diminishes ourselves, and if “power corrupts…”[4] immorally manufactured advantage–political, economic, social, etc.–imprisons.  It’s high time for shouting and name calling to be put aside[5] in favor of candid, respectful and well-informed strategizing.  Where is YOUR place at the discussion table?  What will you offer for admission?

[1] The shifting definition of “white” among human beings in history is further obfuscated by biological diversity that often goes undetected in society.

[2] At least one contemporary linguist has suggested the word itself–“racism”–be retired from our language as useless.

[3] That’s just a small part of the universal phenomenon the Bible calls “sin.”