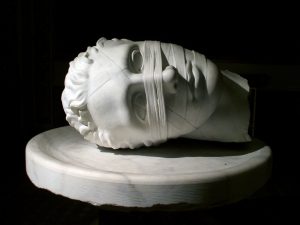 Currently, the most-persecuted religious group in the world is the Christian church.  A new low was reached the day after Christmas with the release of a horrible video allegedly showing members of ISIS in Nigeria brutally murdering eleven Christian men.  The point is not that persecution of Christians is especially evil or repellent, but rather that any religious persecution, physical or otherwise, ought never to be tolerated: anywhere, at any time.

Of course, honest students of history recognize that violent religious persecution has occurred in virtually every era.  Jews, especially, have every right to remind us of the pogroms in Europe and, of course, the Holocaust.  Armenians have their own story to tell.  And, inter-religious warfare has occurred before, during and since the establishment of the “secular” Indian state.  These are just a few notorious examples of a world-wide problem.

So, today, an important question is: where is the public outrage among influential Muslims to this genocide?  Or, even more critically, where is the international manhunt by members of the Islamic community to bring the perpetrators of such unspeakable crime to swift justice?  How much time, talent and treasure have the super-rich rulers of the Gulf states devoted to the eradication of murderous Islamic terrorists?  To quote my Lord, they are indeed known by their fruits[1]: their actions.

The Nigerian government has made stern pronouncements that urge Nigerians to simply get along for the sake of their common humanity.  The effect of such statements is predictable.  However, unless these murderers are declared to be criminals, and vigorously pursued by the global Islamic community (perhaps beginning with a vigorous boost from the core Islamic state of Saudi Arabia) there is little hope for justice, peace, or even calm.

Or, is terrorism working?